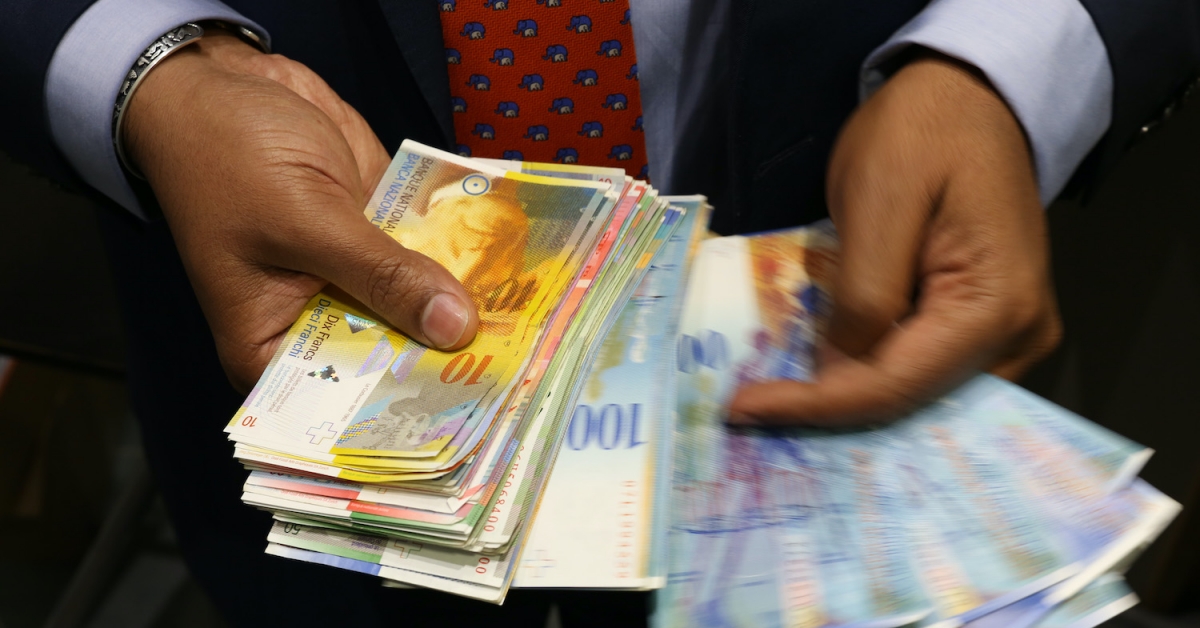 Banks could one day be key participants in Ethereum 2.0.It’s a trend that will soon garner as much attention as institutional interest in bitcoin, say firms like Blockdaemon and Bison Trails, which provide the infrastructure to make running a staking node on Ethereum 2.0 low risk and easy to deploy. These hand-holding intermediaries in the staking arena have been surprised by the pipeline of large companies looking to get involved in Ethereum’s next-generation network.The network’s proof-of-stake (PoS) overhaul provides rewards akin to interest, denominated in ether (ETH), at a time when yields in traditional savings vehicles remain paltry.“There are some large banks we’re working with, but the regulatory sequencing is important to them and so unfortunately we can’t name them at this moment,” said Konstantin Richter, founder and CEO of Blockdaemon, which just closed a $28 million founding round that included Goldman Sachs. Staking goes institutionalUnlike Bitcoin’s energy-intensive crypto mining system, which seems to be under continual attack from critics these days, the next generation of blockchain networks use PoS, where blocks of transactions are added to the chain by a consensus of individuals, each holding tokens on the network. Staking validators earn a return for having their tokens locked up on the network, but can also lose some of their stake (known as slashing) if they do not behave consistently or as expected. There are a number of PoS blockchains in operation today such as Polkadot, Cardano and Algorand, but the most eagerly awaited is the transition of Ethereum away from proof-of-work.“Ethereum 2.0 is a really big deal,” said Richter, who predicts the transition will make holding ETH in a wallet and earning interest as simple in form as holding a checking account with a bank. “You simply have a wallet with ETH and it’ll earn interest automatically,” he said.Proof of SwissWhen it comes to offering institutional staking, probably the most progress has been made in crypto-friendly Switzerland. For instance, digital asset bank Sygnum is now offering Ethereum 2.0 staking, as per an announcement shared exclusively with CoinDesk. It’s not the first foray into staking for Sygnum: a couple of months back, the crypto bank allowed its asset management, hedge fund and family office clients to stake on the Tezos blockchain. It’s part of an incipient suite of digital asset yield-bearing opportunities being offered by Sygnum, which earlier this week announced support for a clutch of major decentralized finance (DeFi) tokens. Sygnum’s Ethereum staking service will involve locking up multiples of 32 ETH for a currently-undefined period of time, until the transition to Ethereum 2.0. This is expected to generate a yield of between 8% and 6.5% per annum, according to Thomas Eichenberger, head of business units at Sygnum Bank. “Given its market cap and the importance of the network, Ethereum is getting a lot of attention among institutional clients who are not necessarily knowledgeable about the entire space, but want to focus on some of the largest coins as a first step,” Eichenberger said in an interview.Sygnum’s institutional staking is “bank-grade,” said Eichenberger, using hardware security provider Securosys to handle the withdrawal keys. (Ethereum 2.0 staking involves both a validator key and a withdrawal key.)On the digital asset custody side, Sygnum leverages the Custodigit solution, which involves Swiss tech provider METACO, a provider of crypto safekeeping to banks like BBVA, Standard Chartered and GazpromBank Switzerland. “One of our target client segments is other banks,” said Eichenberger. “When we talk to these banks, there’s always a question about offering staking and on what tokens, and how can you make that available to us and our end clients as well.”Not to be outdone, the other main digital asset bank in Switzerland, SEBA Bank, is also about to launch Ethereum 2.0 staking, according to Matthew Alexander, SEBA’s head of digital assets.“We at SEBA are on the cusp of launching staking services to our clients,” he said in an interview, adding:“Institutional staking is a game changer, because it blows traditional yield products out of the water.”‘Tax nightmare’While instructional interest in Ethereum goes beyond simply trading the token, there are wrinkles still to be ironed out when it comes to earning yield on tokens. “We’ve been doing a lot of education sessions with the major banks,” said Evan Weiss, head of business operations at Bison Trails, which was acquired by cryptocurrency exchange Coinbase in January of this year.The technological integration and upkeep of a staking node is not too much of a challenge and can simply be outsourced. But it’s regulatory gray areas like tax and accounting that need to be buttoned up before large institutions can really get comfortable.Weiss said lots of progress has been made by the Proof-of-Stake Alliance, which is working closely with the IRS on this topic.“Right now, receiving a staking reward and it being classed as a taxable event is a tax nightmare, both for token holders, but also for tax authorities,” said Weiss. “The goal is to treat staking rewards as any type of new property. So, it’s never income when you create that new property, it’s income when you sell and dispose of it.”The added clarity is especially needed given the plethora of PoS protocols hitting the market. Said Weiss:“Can you name a proof-of-work token that’s launched recently?”