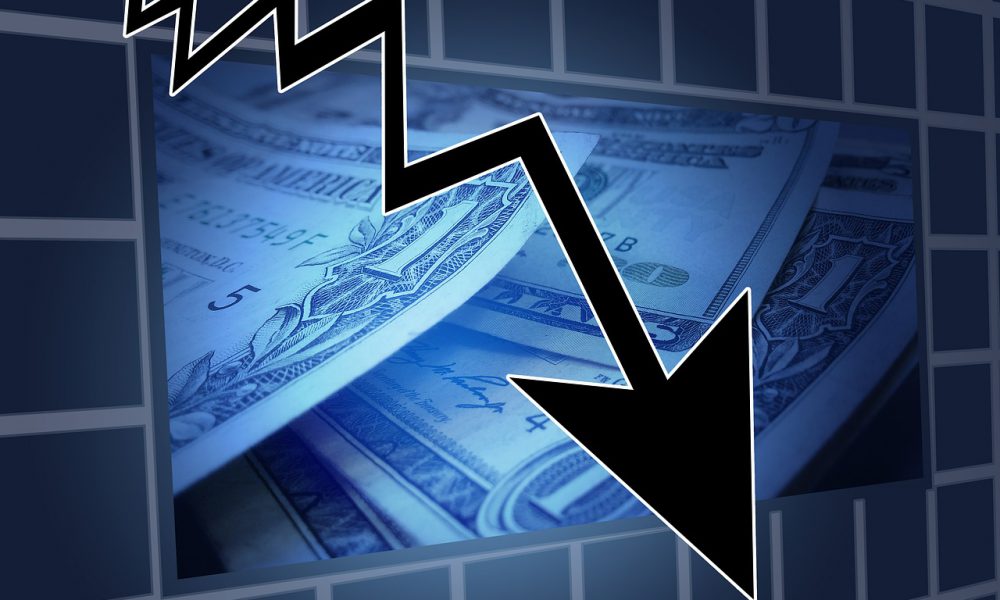 Many of the market’s altcoins like Stellar Lumens, Algorand, and Compound traded in the red, at press time, as sellers maintained control of the price. Some level of saturation was observed in their markets as the aforementioned altcoins cooled off from their highs and headed south on the charts. Furthermore, the alts were projected to continue their trajectory on the charts before stabilizing.
Stellar Lumens [XLM]
Source: XLM/USD, TradingView
Since snapping a multi-year high at over $0.50, Stellar Lumens‘ uptrend seemed to have cooled down. A descending triangle pattern formed on the 4-hour timeline as the price made lower lows over the last few sessions. Traders looking to profit from the pattern must wait for a southbound breakout confirmation before entering a short position.
Once the breakout happens, selling pressure could drive the price lower towards its $0.34-support. The Awesome Oscillator moved below the half-line and a further rise in bearish momentum could see a downwards breakout sooner than anticipated. The Stochastic RSI disagreed with the AO after a bullish crossover took place in the oversold zone. A favorable outcome would see XLM climb towards its $0.54-resistance and invalidate the pattern.
Algorand [ALGO]
Source: ALGO/USD, TradingView
Algorand continued to fall on the charts, at the time of writing, after the bulls were unable to sustain the price at the $1.72-mark. A descending channel formed on ALGO’s 4-hour chart as the crypto’s price traded around the midpoint of both trendlines.

Swing traders must wait for the candlesticks to touch either trendline before initiating a trade. The Awesome Oscillator showed that ALGO could move to the bottom line over the next few sessions as the red bars increased in length below the half-line. The RSI stabilized around the 40-mark. A strong sell-off could see the price break from the pattern and move towards the $0.94-support.
Compound [COMP]
Source: COMP/USD, TradingView
Much like its counterparts ALGO and XLM, Compound also fell on the charts at press time and continued its downtrend since snapping record levels during the week. In fact, ALGO entered a bearish market after the price slipped below the 50-SMA (red). Losses over the last seven days also amounted to over 15%, despite a bullish broader market.
The MACD line moved well below the signal line and favored the sellers. An extended bearish outcome could see COMP break below the press time support and test the next line of defense at $367. Some optimism arose from the CMF as it moved above the half-line, and showed that capital was moving towards the crypto-asset.